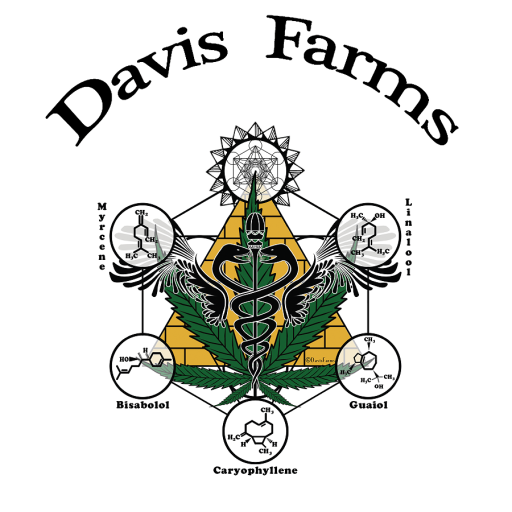 At Davis Farms of Oregon, our primary focus has been on breeding. To produce cannabinoid and terpene rich varieties of feminized industrial hemp seed. Our genetics are proven and selected for production based on several agronomic and performance factors. These genetics were created through an extensive research & development process. Selecting over many years of trialing across a wide cross section of plants. Breeding hemp for different micro cliamte challenges and latitudes.

The founder of the company, Jeremy Klettke, spent decades studying and researching the cannabis plant. His passion lead him to traveling throughout several regions of the world, including an opportunity to work with the Swiss government in 1997-1998 producing hemp at field scale. Other opportunities included allowing him to work with the cannabis plant in the Netherlands and the Czech Republic before moving back to the US in 2007. After his return, he became involved with the medical cannabis program in Oregon. These were the early stages leading up to what would become Davis Farms in 2014.

Recognizing the value of Cannabidiol early on, Jeremy quickly established Davis Farms as a primary producer of high quality 1:1, 2:1, 10:1, and 20:1 CBD to THC ratio type II cannabis plants for medical patients. In late 2015, Jeremy turned his focus entirely to the Type III hemp world after presented with an opportunity to work along with members of the Oregon State Farm Bureau and the Oregon Department of Agriculture to engage in the hemp policy process. Working on what would become Oregon’s house bill later in the spring of 2016. The bill recognized CBD as an end use for hemp and opened the door to hemp derived CBD as commerce in Oregon.

Since that day it has been Davis Farms’ primary focus to develop cannabis chemotypes specifically for CBD (cannabidiol) production, while retaining unique terpene and minor cannabinoid expressions. With the center of attention being the development of varieties containing a Total THC concentration of less than 0.3%.